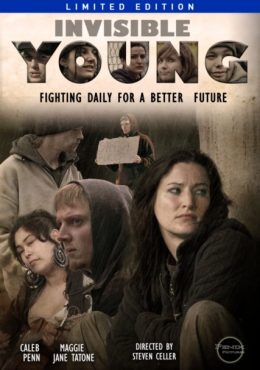 Over a four-year period, Rachel lived on the streets of Seattle, saw close friends die, and she was herself beaten on several occasions. Michael was five years old when he was placed in foster care. Over the next 11 years, Michael would see over 70 different placements. Several times he ran away – life on the streets was more to his liking. Jacklyn grew up with a mother who was a perfect candidate for the TV show “Hoarders.” Jacklyn describes her father as a violent, abusive, alcoholic drug addict. So at 13 when a friend took her to meet some homeless kids living under a bridge in town, Jacklyn knew she had found a new life. She would spend the next eight years on the streets. Jackson had a more traditional home life. But early exposure to drugs in his teen years resulted in Jackson choosing homelessness upon graduating high school. After several years hopping trains and living on the streets, a near brush with death forced him to reassess his situation.

A film dealing with the lives of the poor runaway young, this documentary following the lives of four real life young that fled home.
The film presents their experiences in Seattle and their struggle for a better life Emotionally cathartic and alarming. The kind of film that makes its audience want to take action..