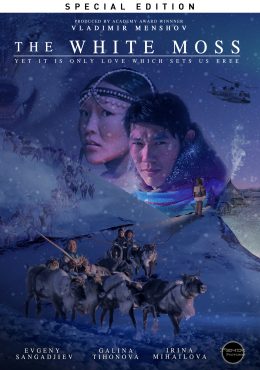 The film takes place in the Tundra. With its blizzards and frost, its deer and dogs, Nenets people housings and reindeer teams flying in a white haze… The film describes a story of a young Nenets guy who’s fallen in love with a girl since his childhood, but she left for the regional center wishing to have more comfortable life. The main hero is suffering in the struggle between his love and responsibilities to follow the eternal traditions and laws of life in the Tundra such as survival in the permafrost, reindeer herding, protection of the ancestors and home against wolves, etc. Actually the movie is about LOVE which implies loyalty, anguish, jealousy …and finding love in the name of procreation.